Every now and then a new content management systems (CMS) arrives on the scene. Furthermore, they can be very similar they all have their benefits and generally end-user functionality is pretty good.

One of the most important factors with any CMS, is first, the support it has behind it and secondly the quality of the coding behind it, including the front end user interface and the back-end webmaster registered user interface.

At Syncretic Web Developers we have tried them all and continue to test new ones. However, these have led to some very long nights and every now and then a little excitement. Even so, we always come back to the two that have served us well over the many years.

We have been involved in web designing and developing for the internet. By now you’re maybe wondering what two CMS’s we are talking about. Well, they are Joomla and WordPress. In fact, if you have had anything to do with web design you would probably have heard of both.

World wide developers get together

There are many things about these to content management systems that impress me. But probably the thing that I like most is the fact that there is a huge network of developers across the world.

As a result, Joomla even has a world conference every year for developers like us (nerds) to attend and meet others with similar interests and I’ve never seen such a positive bunch. The exchange of ideas is what has been the catalyst for development into something very big and extremely high quality.

Sometimes a developer will find an error in one of their plugins, modules or components which is fixed promptly. Once released as a Beta version, if there’s a bug it will be found by many developers almost simultaneously.

Consequently, ensuring it is dealt with in a timely manner – often within a few hours but at most in a couple of days.

Plugins, Modules and components are drivers behind Joomla and I would say the code is the engine that makes this possible. One of the most functional features of these drives in the many shopping carts with eCommerce functionality. We tend to us Hika-shop but many of the others, like virtue-Mart, are also pretty good.

To run eCommerce there is normally a series of modules, components and plugins all working together to ensure the end-user has a seamless experience when purchasing almost anything online.

There are many payment gateways and some of the developers have put a great deal of time. Making sure the shopping cart offers a system that will suit a given country or number of countries i.e. PayPal.

I haven’t said much about WordPress probably because for a while now I have stuck with Joomla and become very familiar with it and it makes my clients happy. Hopefully, you have found this information helpful and it helps to reinforce the quality of two content management systems that we use for our websites and web design work.

Even so, I’m sure over the next decade there will be other content management systems that will pop up on the world market and make us all stop and take a look. Thank you for reading our blog.

Let's take a moment and think about all the critical things that will make a business grow. From having a vast audience, having proper guidance on what services you offer, to collecting contact...

Continue Reading
link to Web Design Inspiration and the future

Let's look at the past before delving into the future of web design and development. Many say that inspiration for the future always comes from the past. The web started with a crusty looking... 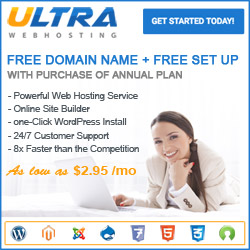